The Best Episodes of Extreme Makeover: Home Edition Ever Aired 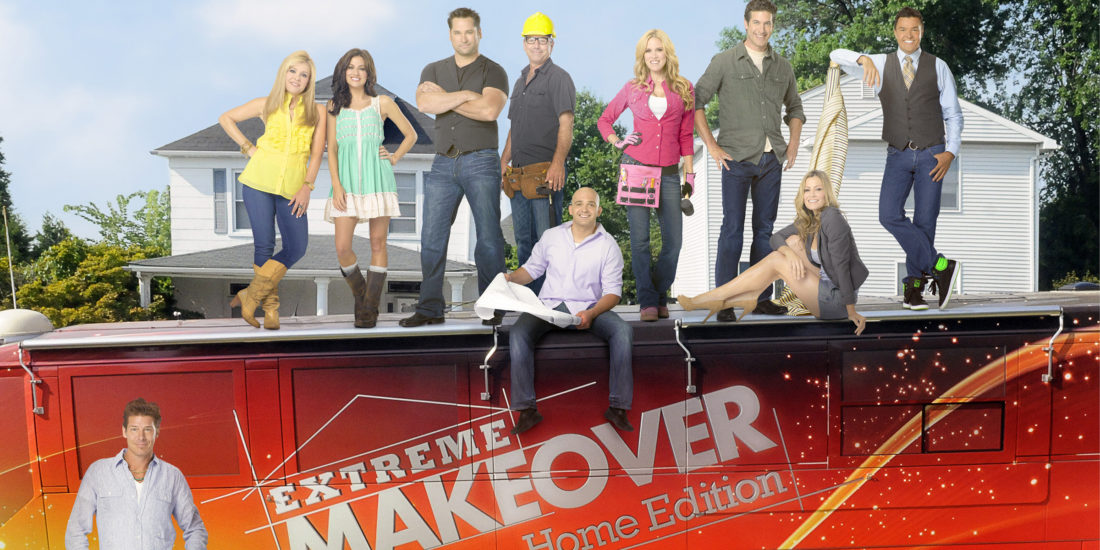 The Best Episodes of Extreme Makeover: Home Edition Ever Aired

If you are someone that loves home makeover shows, then you have definitely heard of Extreme Makeover.  Extreme Makeover is considered to be the biggest home decor show available to watch and many production companies try to imitate the algorithm of the show, but nobody has managed to quite live up to the success that extreme makeover has had.

The reason that Extreme Makeovers has been so successful is due to the fact that it delivers on all fronts. The show caters to people with a love of decor, by delivering magnificent changes to properties. Extreme Makeover also caters to those of us who love drama on TV, by delivering explosive episodes and crazy reactions to the makeovers that they make. With decades of time on the air, there have been some very memorable episodes. Here is our pick of the best episodes of Extreme Makeover.

If you are someone that really enjoys the more heartwarming episodes of Extreme Makeover then you will absolutely love the episode based on the Kadzis family. Unfortunately, the Kadzis family was dealing with an unfortunate illness within the family that they did not wish to disclose. The Extreme Makeover team completely remodeled the home, making sure that all parts of the home were wheelchair accessible and all cupboards could be accessed with the help of attachments. The reaction that the family had to the makeover is what really made the episode, as you can see that they were extremely grateful and really deserved the makeover that they had received.  After the show, it was unfortunately disclosed that the Kadzis father had passed away, but his final months had been much easier thanks to the improvements made by Extreme Makeover.

This episode is great because of just how wrong it goes. The family starts the episode excited and optimistic for the reinvention of their home, but what they get isn’t quite up to scratch.  The family had dreams of modern decor that they could not afford to do alone, but what they got was a mismatch of bright colors that turned out to be quite the eyesore. The family did not keep their feelings about the home private and within minutes of being in their newly renovated home, they had some strong words to say to the host.  Mrs. Scott seemed to be the most affected by the changes made to her home and she was unable to keep her emotions to herself, crying in front of cameramen. Though the family didn’t have the result they were looking for, we certainly got the entertainment we needed.

The Michael family was a tricky client from the start. Before retiring due to a spinal injury, Mr. Michael had been in the building trade for thirty years. As soon as the camera crew interviewed him we knew he wasn’t going to be an easy client, and right we were. Before he even entered his newly decorated house he picked out problems with the outside of the home, commenting that changes had been made to his roofing and panels were missing.  Mr. Michael later reported that he had to call in help from a roofer in CT to repair the damage that the team had made. His wife on the other hand put little focus on the repairs that were needed for the home and absolutely adored the changes made by the Extreme Makeover team. This is probably because they made her a complete walk-in wardrobe, which is essentially every woman’s dream.